Jazz is a music genre that developed from roots in blues and ragtime.   Since the 1920s Jazz Age, jazz has become recognized as a major form of musical expression. It then emerged in the form of traditional and popular musical styles, all linked by the common bonds of African and European American musical parentage.

The term “Jazz Dance” was first used to describe dances done to the new-fangled jazz music of the early 20th century.  At that time, it referred to any dance done to jazz music, which included both tap dance and jitterbug.

Beginning in the 1930s and continuing through the 1960s, jazz dance transformed from its street form into a theatre-based performance art.  During this time, choreographers from other genres experimented with the style.  All of them influenced jazz by introducing steps from ballet and contemporary dance.  In the 1950s, jazz dance was profoundly influenced by Caribbean and Latin American dance styles. 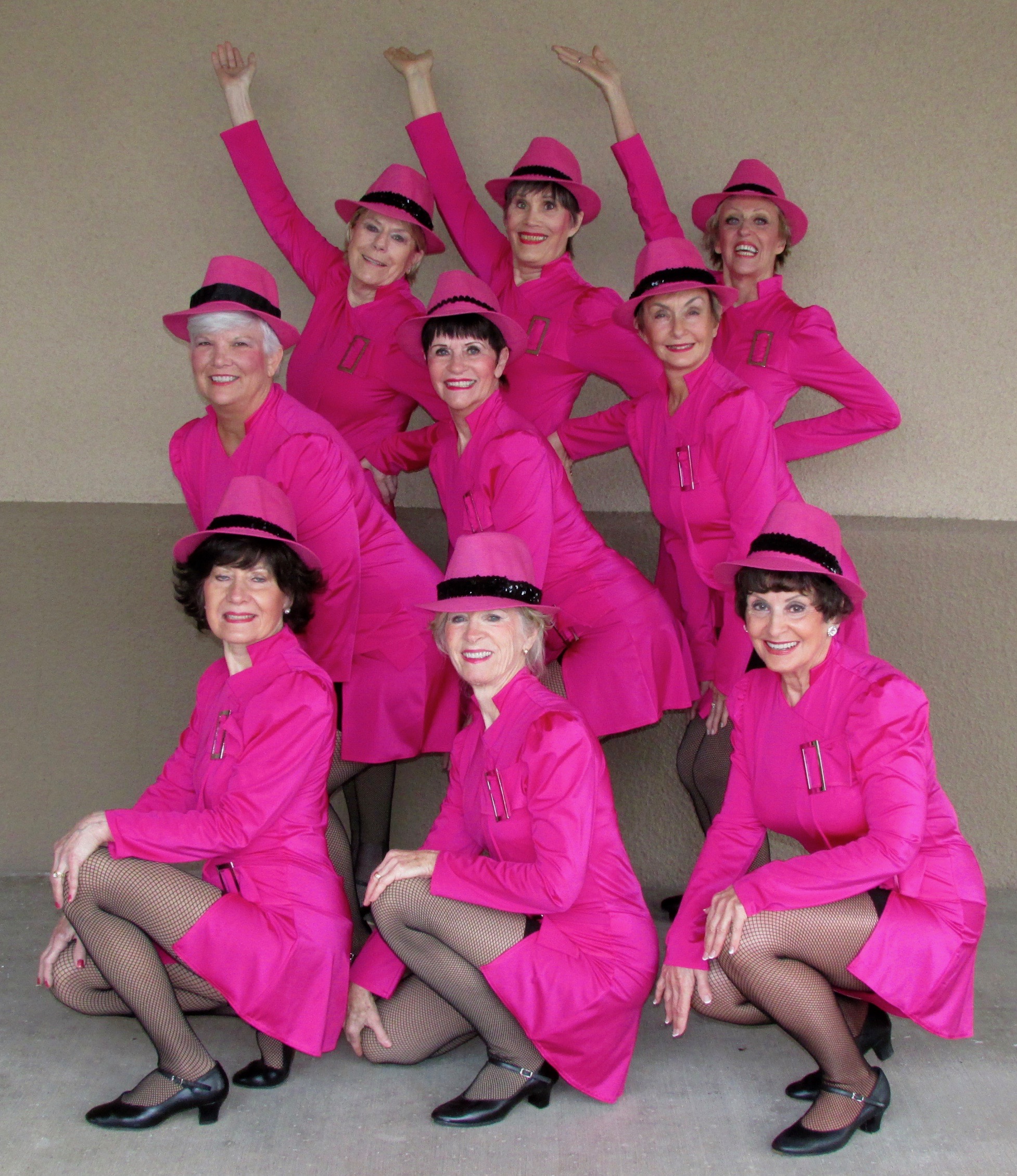 Pictured above are ladies from the “Jazz” class, posing for the number “City Lights” by “Liza Minelli”.
This jazz number was performed for our 2016 production of “Love Legends of Song and Dance”.

Wednesday & Friday NOT IN SESSION AT THIS TIME (low to intermediate; taught by Valerie Moore-Colvert)

Monday & Wednesday NOT IN SESSION AT THIS TIME (high intermediate; taught by Carol Dana)